Meron Cismigiu: The building from the so called “Broadway” of Bucharest 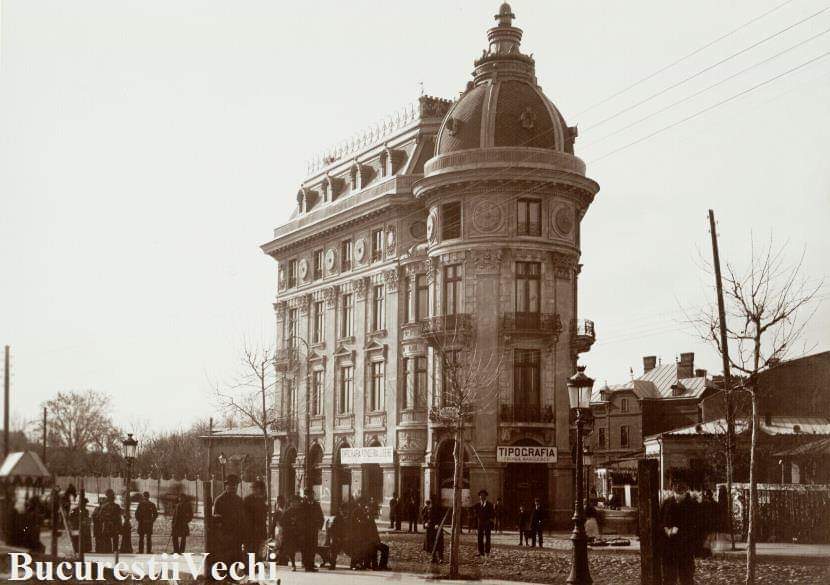 Our brand is a balanced mix of coolness and dynamism, but with a pinch of steadiness and appreciation for the little pleasures of life: spending time with your friends, enjoying a good cup of specialty coffee, reading a book that makes you question the world you live in.

Meron has two ways of meeting our people: through their creative & bohemian spirit or their innovative & daring one. So it’s either an old beautiful building where you can feel cozy or in a skyscraper building or a commercial mall where you can pass by to take your coffee or set a business meeting.

When we plan on opening a new location, our first thought is to find that bohemian corner of the street that both locals and tourists know about, that building display that makes you wanna stop by and enjoy your presence and ofc… a good cup of coffee. We love all our locations, don’t get us wrong, but Meron Cișmigiu touches a soft spot. So today we want to tell you more about the building and its more known or unknown history.

In the second half of the 19th century, the modernization of Bucharest included, in addition to the construction of monumental buildings, the drawing of boulevards that would offer a wider opening to certain areas. One of them was The Queen Elizabeth Boulevard, about whose history we will guide you through today.

A “Broadway” of Bucharest: Elizabeth Boulevard

Originally called Belvedere Boulevard, Elisabeta Boulevard was built “at the expressed desire of  Queen Elizabeth (1843-1916) – The first Queen of Romania, to build a more direct path between the Royal Palace and the Cotroceni Palace”.

1880 – The House drew by the mayor Pache Protopopescu

“It must be said that this artery of Bucharest generated history, folklore always adapted, even in more difficult periods, in the last decades of the last century, also in the communist period.”

The house, located on Elisabeta Blvd. (drawn in 1888 during the mayor Pache Protopopescu) corner with Ion Brezoianu and Ioan Zalomit streets was built in 1884-1885 by the Romanian Society of Constructions and Public Works, according to the project of the architect Albert Galleron one of the first buildings built on this boulevard.

The ground floor of the building was intended for companies, in 1890 here was the Typography and Foundry of Letters of Thoma Basilescu (brother of the great professor of law, dean of the Faculty of Law and entrepreneur Nicolae Basilescu), then, in the 20s, Murgășeanu Confectionery.

On the upper floors, there were rooms and apartments for rent (the sculptor Constantin Brâncuși lived here in the first years after 1900). In the early years of the twentieth century, the building housed the German Club (where before the First World War there were projected movie screenings), and in the interwar years the Astoria Hotel. In 1944, the Nissa Hotel (managed by the Zissu Company) operated in this building, and in 1945, the Riviera Hotel. In the years of socialism, on the ground floor of the building was the Cismigiu Confectionery.

Meron Cișmigiu: The home of coffee

And today, it’s what we call the home of coffee at Meron Cișmigiu 💛