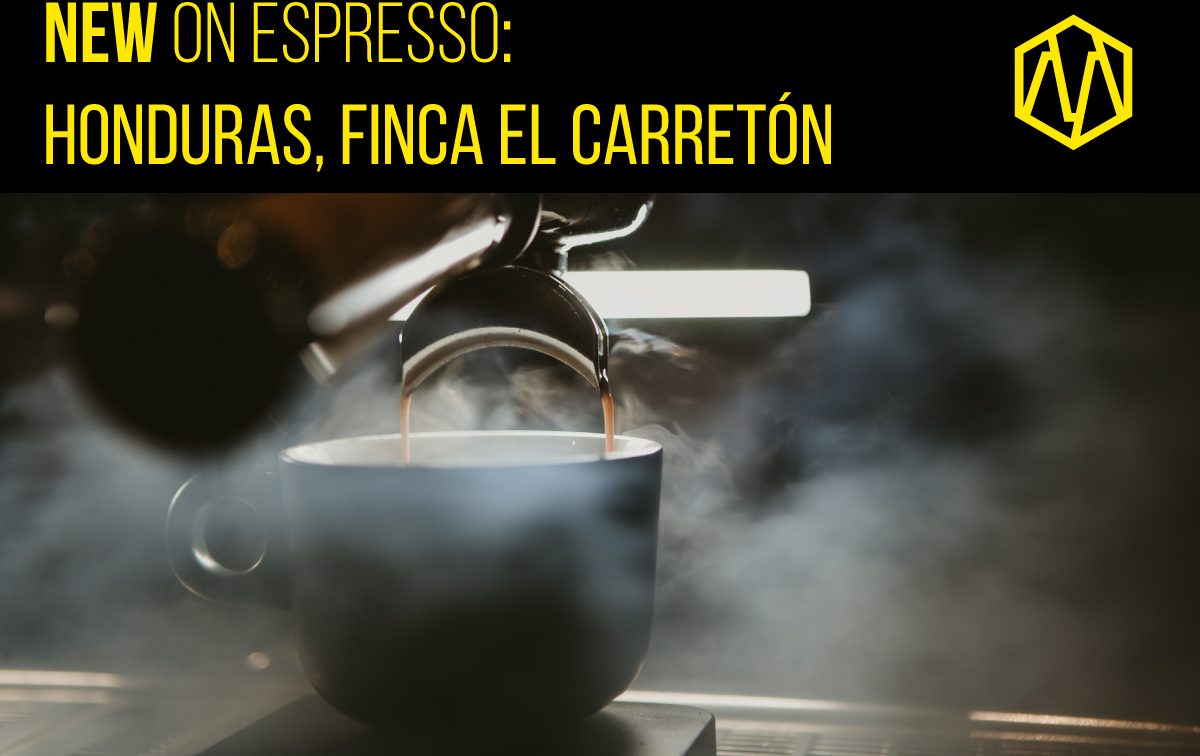 We know… Sometimes you just want to spend all your day in the coffee shop drinking milk coffee and other days you just want to taste every new origin on the espresso bar and run. That’s why, we proudly present you, Honduras, Finca El Carretón .

Lempira, located in the western part of the country, is one of 18 departments in Honduras. This region
has a very rough landscape with mountains and little infrastructure. Due to that, it is relatively isolated
from the rest of the country. The highest mountain in Honduras, called Cerro las Minas, is also in
Lempira. In a small community of Lempira, Jose Justino Lopez Rivera has been producing coffee on
his farm El Carretón for quite some years. He is the firstborn of six children. Jose Justino already
worked with his father in agriculture when he was young. Fascinated by coffee in his early years, he
planted 500 coffee trees in a small plot at his house in El Carretón while his father was not too fond of
the idea of coffee cultivation. He therefore decided to move to the United States with the support of an
uncle who was living there. During his time in the US he bought his first 1.39 hectares of Honduran
land where he started to plant coffee trees. Three years later he already owned 6.26 hectares in the
Azacualpa Community, La Misión Village and San Antonio Village in the Lempira Department but
remained living in the US. His father and his brother-in-law continued taking care of the harvest and
selling the wet parchment. In 2012 Jose Justino finally returned from the US in order to only work on
his farm now. He has become quite successful in creating special lots that we are more than happy to
offer you.

Hurry up and be the first of your friends who tastes it!