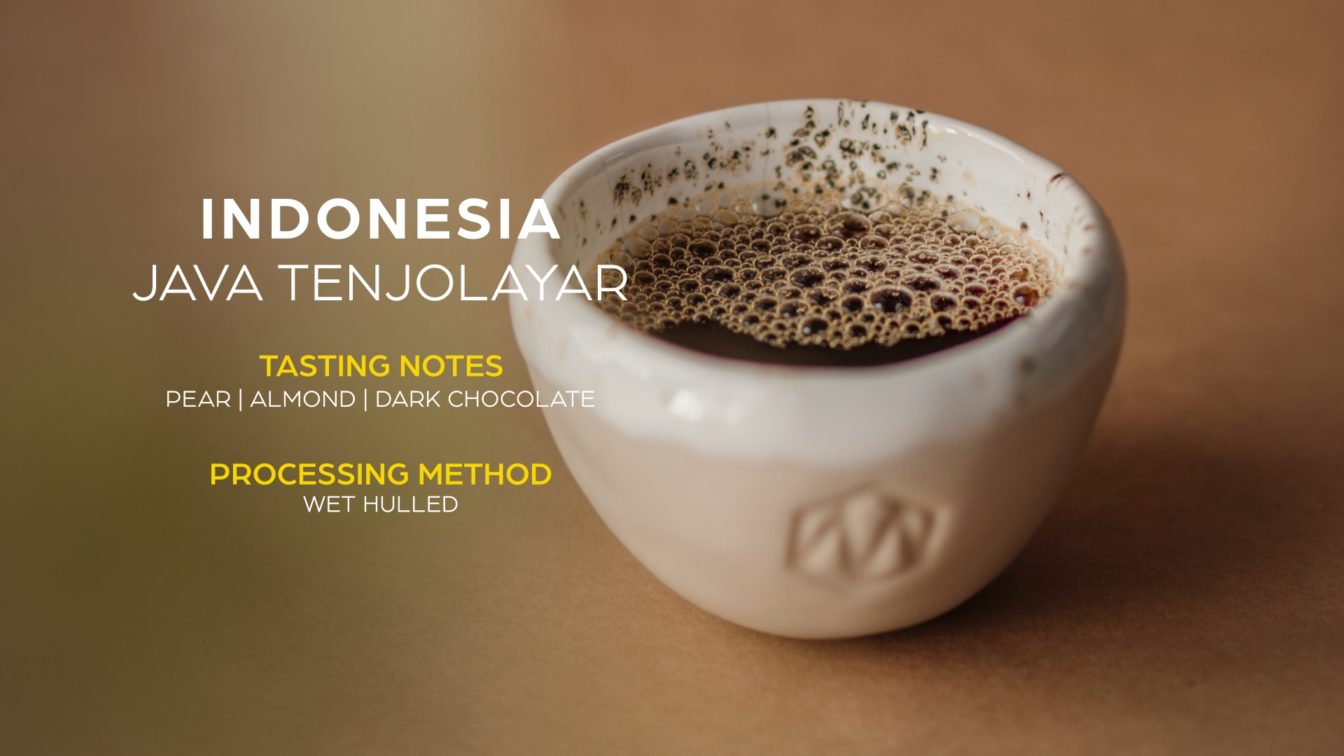 Explore the tasting notes of a single origin specialty coffee sourced from Indonesia freshly roasted in our coffee lab, at Meron Roastery. Here is some cool info about the coffee and the farm.

The wet-hulled process – known in Indonesia as “Giling Basah” – is largely unique to the islands and produces a characteristic cup profile that is fruity and complex with some pleasant earthy notes.

Ripe cherries are handpicked, pulped the same day and fermented overnight. The next day the coffee is washed inside the fermentation tank with clean running water. The wet parchment (locally known as Gabu) in then sundried for 1-2 days after which the moisture content is still high (around 40%).

The coffee is then hulled (the parchment or husk of the bean is mechanically removed) and then dried in the sun until the optimum moisture content is reached (around 12.5-13%). The dried coffee is then double handpicked to remove any defects before being bagged in Grainpro for export.

Tenjolaya Village is located in Pasir Jambu District, Bandung Regency, West Java. This area is dominated by hilly-mountainous terrain with a rather steep slope which is flanked by Mount Tilu and Mount Patuha, as well as the ‘White Crater’, a lava lake formed from the eruption of Mount Patuha in the 10th century.

The farmers here are passionate about maintaining their local forest and as such, there is an ongoing collaboration between Perhutani – a sub-division of the Forestry Department of Indonesia – and the local community. Through regulated farming and agroforestry projects alongside coffee planting, they have built a sustainable supply chain that will continue to benefit to local landscape for years to come.

“Java” has become synonymous with coffee. The link between Java and coffee goes back to the late 1600s when the Dutch introduced coffee to the island of Java, making it the first place outside of Ethiopia and Arabia where coffee was cultivated.

Records show that the first coffee seeds were planted by the Dutch Governor in Batavia (now Jakarta) in 1696, but they failed to grow because of flooding. The second sowing in 1699 did much better and the exports began within a few years. By the 1720s, the Dutch trading company VOC was exporting about 60 tons of Java coffee per year to Europe.

The coffee industry grew exponentially but disaster struck in the late 1800s when rust leaf disease decimated the crops. Over a twenty-year period, most of Java’s Arabica plantations were wiped out, with some being replaced by Robusta. It looked as if the Javanese Arabica would be lost to the world. But some Arabica survived, growing in the highlands. It’s seen a resurgence in recent years thanks to extensive public and private involvement.

Take a look at the cup profile:

Experience the amazing specialty coffee at home. Order your favorites online from our shop.