Get Oriental with Masala Chai 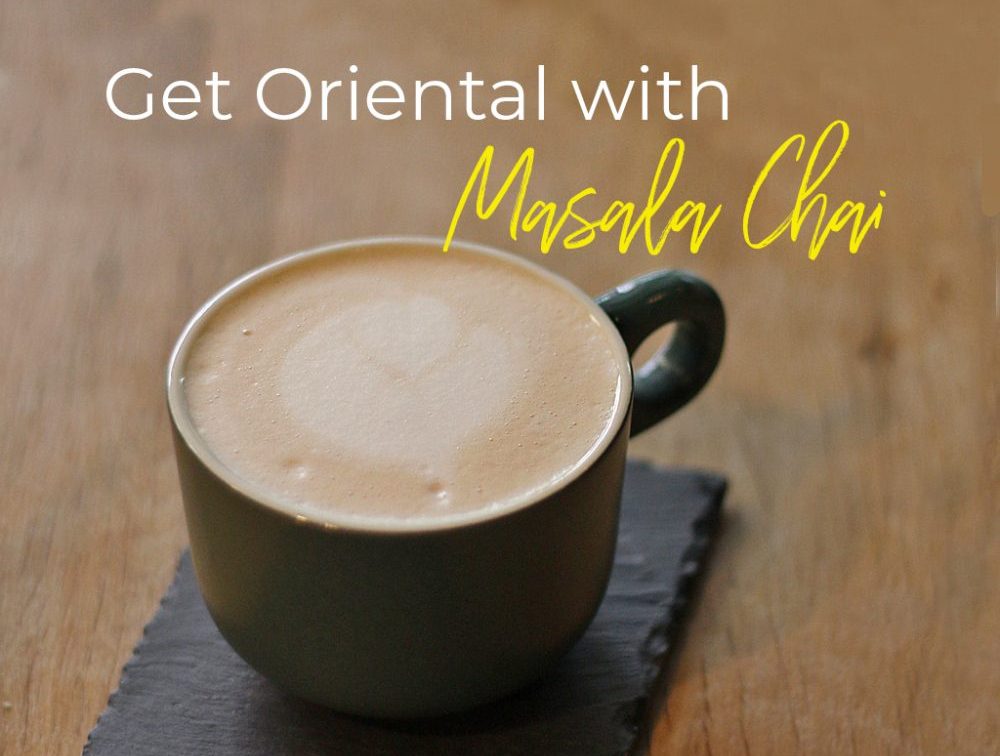 As the cold, cold weather is following us everywhere, we decided to spice things up a little bit and complete our winter menu with an oriental drink. Inspired by the Indian tradition, Masala Chai is a spicy, yet sweet specialty drink.

How Masala Chai is prepared?

The base of this drink consists in a unique mixture of aromatic Indian spices and black tea. Next step is to blend it with soft milk foam and add honey to intensify the oriental taste. The beverage has gained a large popularity and it is being appreciated and enjoyed in many parts of the world. That’s why the recipe or preparation method can have many versions. However, all Masala Chai has four basic components: milk, sugar, cardamom and ginger. You can find the complete list of ingredients of our Masala Chai here.

The traditional beverage came from India where it was viewed more as an herbal medicine rather than as a recreational beverage. But the beverage, as we consume it today, was not popular until the 19th century. The British had a huge role in the development of the much adored Masala Chai when they started importing tea from India alongside indigo, spices and herbs. In the twentieth century, the (British owned) Indian Tea Association introduced tea breaks for workers. The addictive quality of the tea and the fact that chai shops were a great opportunity to socialize did the job for the popularity of this drink.

How it is served around the world?

In the Indian subcontinent you can find the so called chai wallas, where tea is served from a chaidaan, a wooden or metal frame carrier for cups. Otherwise, almost every household in India has Masala Chai as it is popularly served in the morning alongside breakfast. Energising way to start your day, right?

In Western cultures and American culture, Masala Chai became a feature in many tea shops and coffee shops.

As you can see, Masala Chai evolved over the years to include a lot of preparation variations and a worldwide fan base. What we can assure you of is that this drink is both a delight and an energizer. So next time, you come by in our locations, why don’t you get oriental and try our Masala Chai?