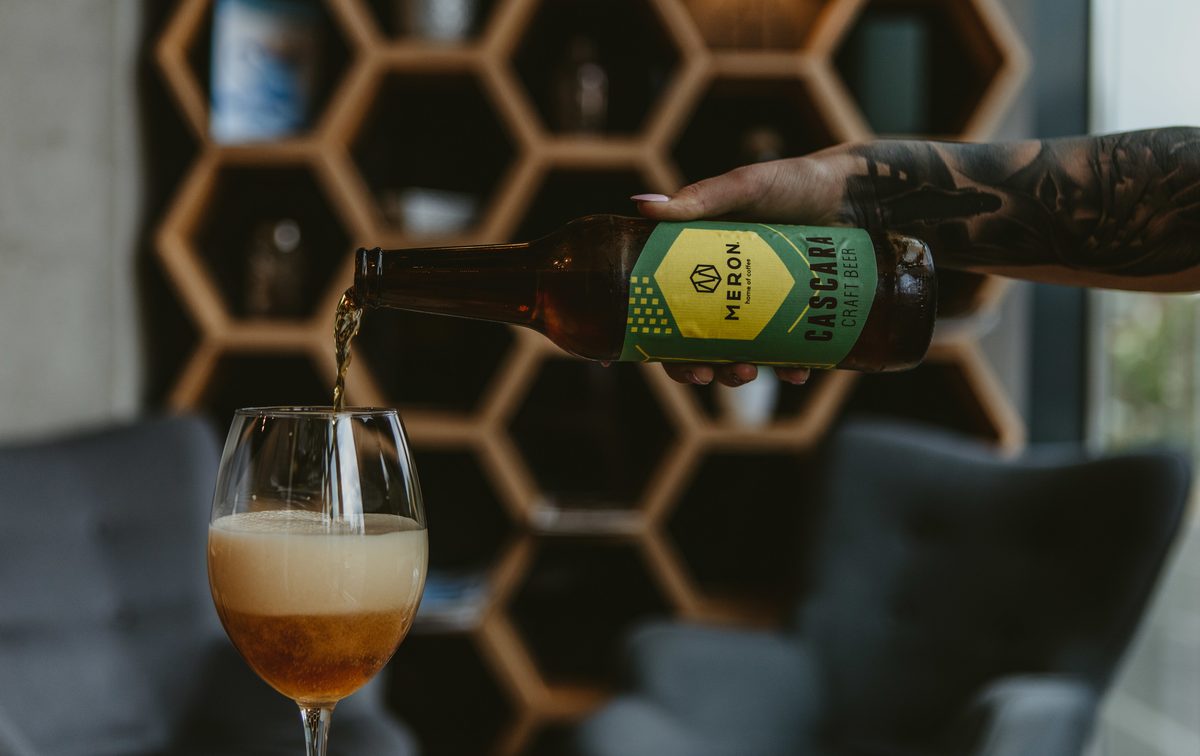 Cascara has taken the coffee word lately, becoming one of the most popular item in the superfoods list, well known for its antioxidant effect. Even if it comes from the coffee plant, cascara doesn’t taste like coffee and has just a small amount of caffeine. It is situated at the intersection between coffee and tea, and the taste is usually described as sweet, fruity, with notes of rose hip, hibiscus, cherry, red currant, mango or even tobacco.

Cascara, which means “husk,” “peel” or “skin” in Spanish, is the dried skins of coffee cherries. These pulped skins are collected after the seeds (coffee beans) have been removed from the cherries, then they are dried in the sun. Usually it is infused in water and it can be consumed as a hot tea, or a cold refreshing drink, full of flavour, vitamins, natural sugars and antioxidants.

While everybody makes tea out of it, we have chosen to break the rules and go beyond them. We infused beer with cascara, so every time you want to enjoy a fruity wheat, you can always go with the healthy and antioxidant version of it. We reinvented both, the beer and the cascara use. Or at least this is what we like to believe. And who can judge us for that?

Yep, you guessed it. Nobody!